How Does a Boiler Heat Your Home? 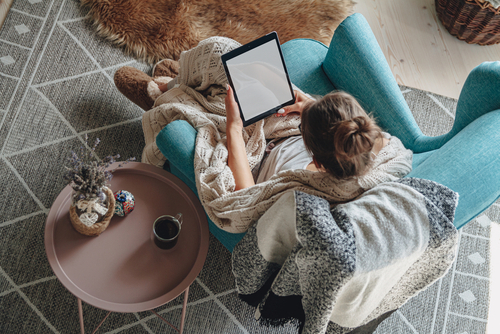 What Is a Boiler?

Boilers use hot water or steam to heat your home. Another name for a boiler is a hydronic heating system, which is defined as a system that transfers heat via a circulating fluid, such as water, in a closed system of pipes.

Steam boilers can still be found in older homes, usually ones built before the 1950s. If you have this type of system, your boiler stays true to its name because it actually has to boil water to make steam before your heat can be distributed.

In comparison, newer boilers do not need to boil the water to make steam. Instead, they use hot water to distribute heat through a home’s piping. The heat is distributed through your home by either radiators or baseboards.

Because a boiler is a closed-loop system, water does not need to be constantly brought in or replaced, making it more efficient.

Some of the key components of a boiler system include:

Many homeowners prefer hot water and steam-based heating to warm air systems like furnaces and heat pumps. The heat that boilers create does not dry out the air. Plus, the heat generated by your hydronic heating system can also be used to heat water in your home, creating an efficient two-in-one home and water heating solution. Heated water is stored in a separate tank that’s connected to the boiler for later use. Learn more about water heaters.

When to Replace Your Boiler

Like any piece of equipment, your boiler will eventually have to be replaced one day. But is that day near, or still far off? If you need a repair, should you still keep putting money into your current boiler? Or would you be better off investing your money into a new, high-efficiency boiler?

First, let’s look at age. While the average boiler will last about 20-25 years—as long as proper maintenance has been followed–there are many home boilers out there that are even older than that. And while they may still be keeping homes warm enough, their efficiency rate is much lower than a new hot water boiler, which means you are using more fuel to generate heat. Some people have upgraded to a super-efficient condensing boiler, which converts water vapor condensation into heat and recovers some of the lost heat from waste gases.

Other Signs That Your Boiler Is Wearing Out

What You Get with A New Boiler Installation

Boiler technology has improved dramatically over the years and the new hydronic heating systems we install are much more efficient than the systems we installed for our customers decades ago. When we say efficient, we mean that the boiler puts out more heat with less fuel, which translates to big savings on your annual home heating costs.

Wilson Oil and Propane has been handling the service and installation of home heating boilers for a long time. In fact, if you live in Swarthmore, Broomall, or Newtown Square, the chances are pretty good that at least one of the boilers in your neighborhood was installed by Wilson boiler technicians.