Making the Planet Cleaner — One Gallon at a Time

Did you know that right now, Bioheat® fuel is the only home energy source that can make an immediate impact on reducing greenhouse gas emissions for our climate? 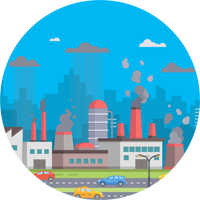 The heating oil industry’s embrace of renewable Bioheat fuel is transforming home heating and helping to create a better future.

In fact, the heating oil industry has made a commitment to the climate change movement. In September 2019, the industry resolved to reduce greenhouse gas emissions by 15% by 2023, 40% by 2030 and to achieve net-zero carbon emissions by 2050.

What’s most exciting is that these ambitious objectives are achievable. Last year, two independent studies on the feasibility of accomplishing these emissions-reduction goals validated the industry’s plan to reach net-zero carbon emissions by 2050 with renewable Bioheat fuel. See article below. 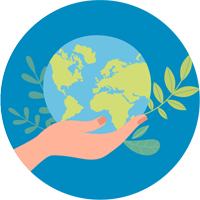 Just two heating oil retailers in the Northeast displaced nearly 1.5 million gallons of heating oil with approved Bioheat fuel in the first half of 2020.* Doing this resulted in an 80% reduction in greenhouse gas emissions, compared to traditional heating oil.

That’s because Bioheat fuel burns more cleanly and more efficiently than conventional heating oil. You will use less heat to get the same amount of warmth, and your heating system will last longer. You’ll also likely find that you need fewer repairs on your system. All of this amounts to savings!

Bioheat fuel is readily available now and it requires no modifications to your existing system. The continued growth of Bioheat fuel puts us well on our way along the road to a low carbon future!

Where does Bioheat fuel come from?

Biodiesel (also known as biofuel) is a gallon-for-gallon substitute for petroleum-based fuels, which have a higher carbon intensity. By 2030, it’s estimated that biodiesel will displace 529 million gallons of heating oil.

This puts excess oil and fats to good use. Food is never sacrificed for fuel in the production of Bioheat fuel. Bioheat fuel is also sourced and produced right here in the United States, supporting local farmers, local industries and local economies.

Bioheat fuel by the numbers 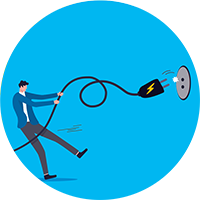 The rush to electric heat may make us stumble

It’s alarming that many state legislators continue to push for the increased use of electricity over the use of other fuels. In the case of homes, that would mean policies to replace propane, natural gas and oil-fired heating systems with electric heat pumps.

But heat pump conversions are expensive and do not work very efficiently when the weather gets cold. Plus, electricity is not a clean fuel. Electricity production generates the second largest share of greenhouse gas emissions. More than 63% of our electricity comes from burning fossil fuels, mostly coal and natural gas.*

Besides the increased impact on the environment, it is feared that an all-out “electrify everything” policy would increase the average residential household cost and put a severe strain on our aging electric grid. See article below.

The electric infrastructure in this country has failed us time and again, causing massive disruption, frustration and discomfort. We’ve all followed the tragic, widespread energy disaster that occurred this past winter in Texas. And we’ve all experienced a number of uncomfortable power outages in our own area over the years.

A large part of our grid was built more than 50 years ago. But today, it’s reaching capacity and old equipment is failing.

Considering that the U.S. Department of Energy has called the electric grid in our country the largest machine on the planet, upgrading our electric infrastructure will be a massive — and ultra-expensive — undertaking.

Until our electricity supply is less environmentally destructive and not prone to numerous blackouts, it is simply not the best choice for heating. That’s especially true when advancements in heating oil are already proving to be incredibly effective and affordable.

The last thing we need right now is for the electric grid to be strained by an enormous new demand — by electric cars, all-electric homes and commercial building and more.